I Don't Want to Get Hurt, so I'll Max Out My Defense 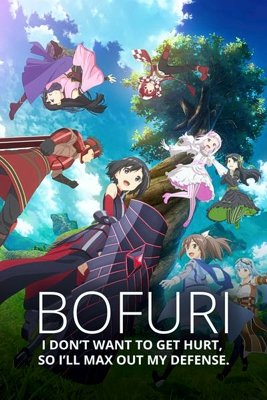 MAL Link: BOFURI: I Don't Want to Get Hurt, so I'll Max Out My Defense

The setting for this anime series is a virtual reality fantasy game.  You log into the game, create your game avatar and then go explore the game world.  Along the way you find new gear, have adventures and level up.

And maybe you make a friend or two in game who will share the adventure with you.

BOFURI: I Don't Want to Get Hurt, so I'll Max Out My Defense has all of that.  If you've spent any time playing fantasy role-playing games, you are probably going to feel right at home with this series.

And, if you haven't, it's really not too difficult to figure out what the rules of the game are.

In many ways, the plot is right there in the title of the show.  The title gives us the premise, the plot and a spoiler all in one.

Typically when playing a game such as this, the player wants to spread those stat points around some.  A gamer may favor a particular stat for their character but, in general, there's a balance to maintain.

If you play games such as this, then the title informs you that the main character in this show is going to be completely out of balance in terms of their stats.  So, that's the hook of this show.  Furthermore, the stat in question is defense, so clearly there is no offensive ability.  How does that work?

You might be intrigued by this.  You might want to know what happens when all your points go into defense.

I'd say that is exactly what the show is hoping for - and why the title gives so much away.

As the story unfolds, these questions are answered for you.  And along the way, we meet a cast of pleasant characters who have adventures, do quests and battle various monsters for fat loot in the game.

This show isn't blazing any new ground or asking any big questions.

It will trade you four hours of your time in exchange for some colorful fantasy adventure and light comedy.

Whether the trade is worth it probably depends on how interested you are in the premise given in the show title and gaming in general.

It did have some entertaining set pieces and game events.  I would say the show's final event between teams of players took the show out on a strong, high note.

The main character is likable enough, the show is colorful and the 12 episodes kind of  breeze by.  I'll say the exchange of time for entertainment was fair, but only just. 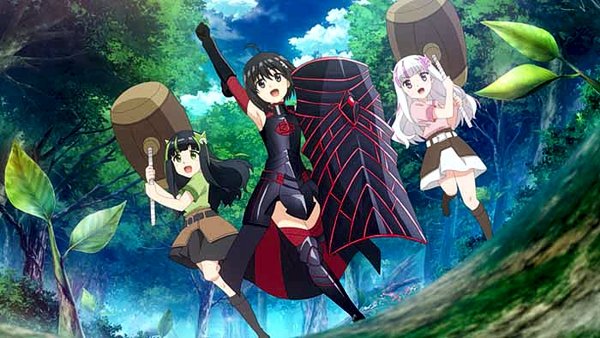