Review: Made in Abyss 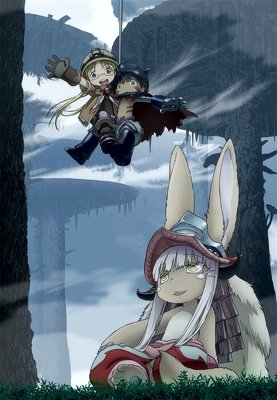 MAL Link: Made in Abyss

I watched it at: Amazon Prime

The art style of this show might lead you to believe that this is a show intended for a young audience.

Made in Abyss is an 'R' rated show intended for more mature audiences.  In fact, showing this series to a child might just traumatize them, honestly.

This series has scenes in it  that will haunt me for the rest of my life.  Made in Abyss is absolutely heartbreaking in parts.

There is a vast hole in the Earth, "the Abyss", the depth of which is unknown.  The Abyss has levels all the way down, each of which has its own biome with unique plants, animals and dangers.  Each level of this Abyss is it's own little world, essentially.

This Abyss has a magical property to it - a curse which makes exploring it difficult.  A person can travel down into this Abyss without issue, but coming back up causes pain or worse. As in ocean diving, if one dives too deep underwater, then coming back up can cause the bends.

Despite this, explorers do go down into this Abyss seeking knowledge or fortune.  However, they have to be rated to travel down to certain depths depending on their ability to withstand the hardship of coming back up.

The main character, Riko, is the daughter of one of these explorers.  When Riko's mother does not return from the Abyss, Riko becomes determined to find her.  And so, with the help of a mysterious robot built to resemble a little boy, Riko travels down into the Abyss in search of her mother.

Made in Abyss is a series with a unique premise, very creative set designs and strong storytelling. It has mystery, adventure and danger in abundance.  It is also violent and, depending on how susceptible you are to it, emotionally gut wrenching.

The first couple episodes are spent setting up the world and the rules that the Abyss operates by.  Once that is established and the main characters dive in, it is a harrowing and brutal survival story.

When I sat down to watch this on Amazon Prime, I had no idea what I was getting into.  I saw it in the anime titles and thought it looked like it could be a cute series to watch just based on the rabbit looking character on the cover.  However, it is not cute.  It does pack a punch, though.

So much of entertainment in general is so forgettable and derivative that it seems rare to find something that can leave a lasting impression.   For me, this show left an impression.  I don't know if I could watch it again, but I will never forget it. 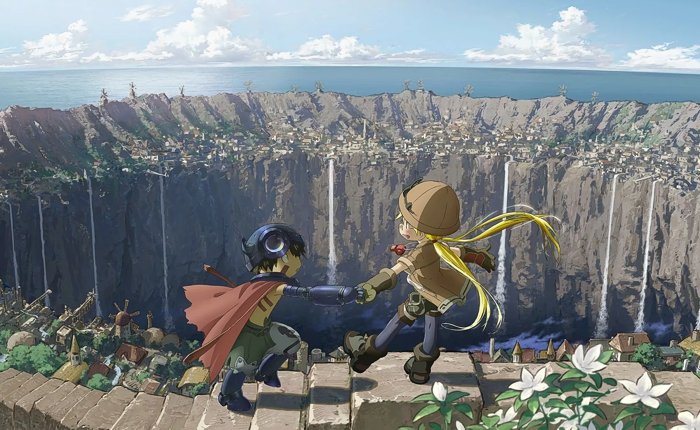