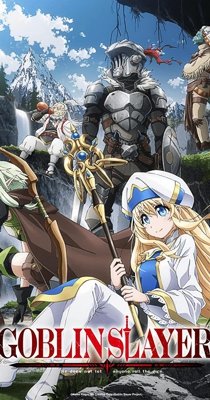 In fantasy games, goblins are often a low level monster that present an early challenge to players, but are rarely seen again beyond the very early game.   They are good for some early experience, but players typically have no interest in goblins once better options are available.

I mean, I personally don't certainly.  I'm into better, sexier monsters that have better loot. But I digress.

This show recognizes that goblins are a very early game creature and embraces that stereotype.  Just like in fantasy games, this show has a whole cast of high level adventurers and none of them want to bother themselves with goblins.  It perfectly captures goblin's place as the lowest rung of the monster hierarchy. And yet, goblins are still a nuisance and a constant threat to humanity.  What to do?

The show is about a warrior who is obsessive about killing goblins.  There is, naturally, a tragic backstory involved which left the main character deeply scarred and with an unquenchable desire for vengeance.

The story opens with an absolutely brutal first episode that puts the viewer on notice that goblins are not to be trifled with.  Once that bit of world building is established, the Goblin Slayer concerns itself with the main character moving from one goblin related problem to the next.  Along the way, he is joined by other adventurers who have shared goals.

The show is somewhat episodic and doesn't have a linear plot line.  Different adventures are broken up into episode blocks.  It does have a very satisfying no-hold-barred conclusion.

Goblin Slayer is a bloody violent fantasy romp.  The action, adventure and Dungeons and Dragons type callbacks are the draw here.

For the most part, the characters in the show are served to you fully baked.  There are no character arcs to speak of besides, perhaps, that of the young priestess character that follows the Goblin Slayer around.  She is probably intended to be the audience surrogate and provides some gentle sanity to balance out the main character's obsessive violence.  The main character does see a bit of development, but it's subtle and around the edges.

Goblin Slayer never apologizes for what it is: 12 blood soaked episodes about how to make goblins dead. And, because of how brutal the first episode is, you will likely be all for their often spectacular demise.  It is a dark, violent fantasy series and it succeeds admirably within that genre. 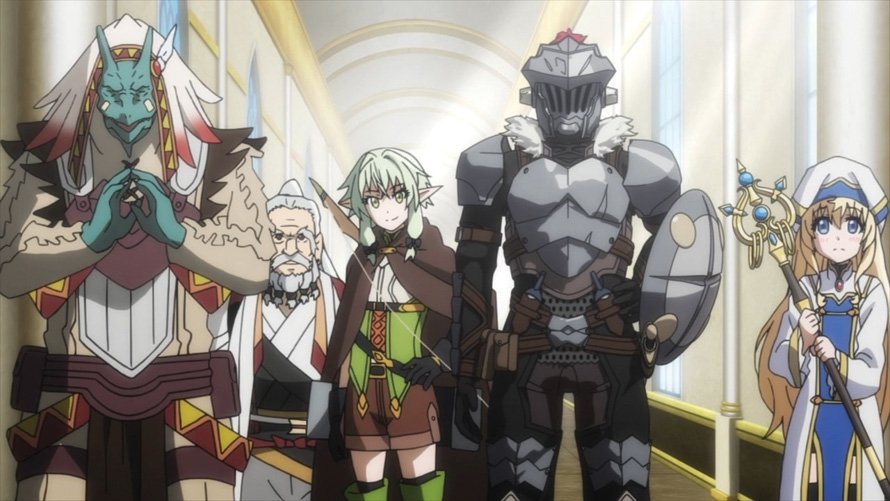