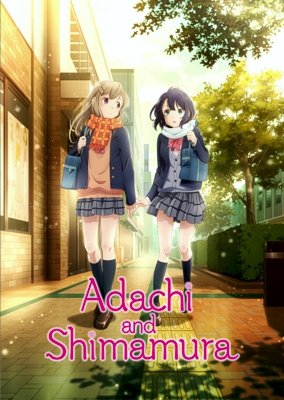 This is a Yuri anime.  Yuri is a Japanese jargon term for characters, themes, content and a genre involving lesbian relationships or female homoeroticism.

In this case, looking at it from the puppy-love angle.

Adachi and Shimamura is like if somebody looked at the yuri trash-fire that was Citrus and said... hey, why don't we do that except with relatable, well developed and human characters?

The two shows bear a certain similarity at first glance - you have the intense, introverted dark-haired girl and the somewhat more outgoing blonde girl navigating a relationship together.

That's pretty much where the similarity ends, though.  Where Citrus quickly spun-off into the absurd and prurient, Adachi and Shimamura is a real character study of young people dealing with the awkward, confusing and sometimes painful emotional throes of a first love.

This show is a "Slice of Life" which means it portrays the sequence of events in a character's life. There is no strong plot line - the point of the show is the journey; not the destination.

As we follow the pair through their first years of high school, we experience what they do as they awaken to new feelings and grapple with it in their own ways.

The art and animation is really superb.  You can tell the artists and animators gave a lot of love to this production.

The two main characters are deep.  their self-realizations about themselves and the people around them are what drives the show.

The show doesn't use cliches or character archetypes to give the viewer a quick reference point on the two main characters.  The viewer has to go on the journey of self-discovery with them as the layers of their personalities are exposed, episode by episode.

And, overall, the show is really kawaii. The animators put a focus on the cute and adorable which makes the emotional pain of first love a bit less biting to the viewer. 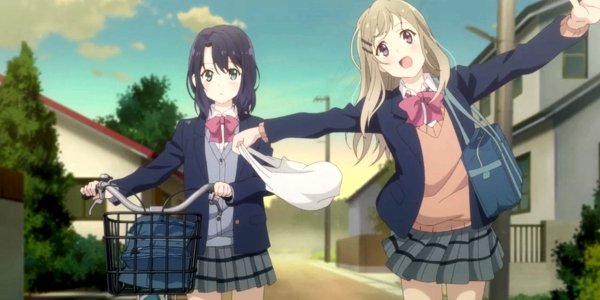